You are here:
Buy To Let NewsMT FinanceNewsProperty Finance News 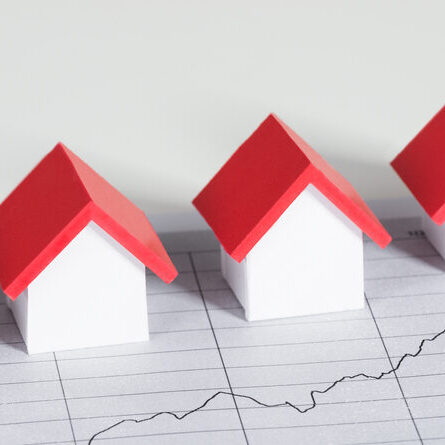 The November 2020 RICS UK Residential Survey has been published, showing a steady increase in residential activity.  At a national level, a net balance of 27% of respondents cited an increase in new buyer enquiries during this month.  Though a notable increase, this figure has fallen from the 42% reported in October and sees the fourth consecutive month that a downturn has been reported.  In July the most recent high was seen with a figure of 75%.

For the six consecutive month, new listings have risen, with 16 per cent of contributors in November noting an increase. House price growth has held steady with a net balance of 67% reporting an increase in property values in October and 66% in November.

An increase in the number of agreed sales was recorded by 25%, down from 41% in October.  The majority of regions saw a rise in sales, most notably Wales and Northern Ireland, but the West Midlands, East Midlands and Scotland saw lower numbers.

Looking to 2021, 20% of respondents predicted a price increase to come, which has risen by 8% since the previous month.  A total of 21% predicted weaker sales for the next 12 months due to the stamp duty holiday ending in March 2021 and the continuing rise in unemployment.

Tenant demand was noted as stable in the lettings market but a net balance of 19% reported landlord instructions falling.

Tomer Aboody, Director of MT Finance, said: “The strong performance of the housing market this year has been impressive, particularly when you consider that many would-be buyers have had to contend with being in and out of lockdowns.

“Regardless, buyers have reacted positively, demonstrating that the desire to move home is strong.

“With transactional volumes still way down on historic figures, it’s not surprising to see prices rise, along with confidence in the future of the housing market.

“It is interesting to see landlord instructions falling, which could be the result of several factors, including investors looking to sell up before the potential hike in capital gains tax which looks likely to come next spring.

“The fall may also be down to would-be tenants or current tenants looking to buy themselves, taking advantage of low mortgage rates and the return of high loan-to-value deals.

“Finally, it could be that many are staying put, rather than looking to move in an uncertain market.”

Jeremy Leaf, north London estate agent and a former RICS residential chairman, added: “On the ground, it seems that housing market activity has hit the buffers in the past few weeks, borne out by the findings in the RICS survey.

“However, we see this more as a temporary seasonal lull rather than the start of any more serious correction.

“Nearly all previously-agreed sales are proceeding to the usual hurried exchange of contracts before Christmas if possible.

“Others are planned for soon after so that buyers can take advantage of the stamp duty holiday.

“We are not finding that prices are being renegotiated downwards either.

“Looking forward, there are potential hazards ahead in terms of worsening economic news and particularly rising unemployment.

“Yet the prospect of a COVID-19 vaccine and further release of pent-up demand is helping keep new enquiries, although lower than recent months, on a reasonably level path.”