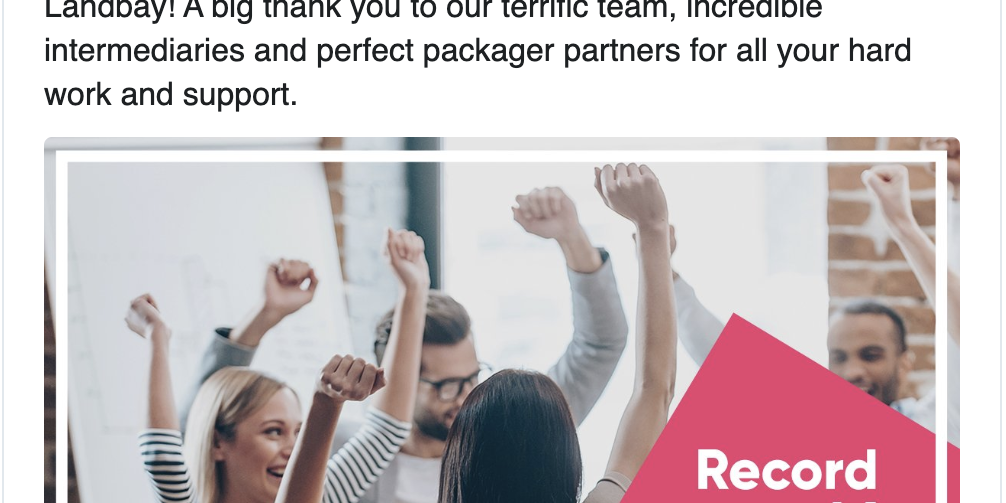 Landbay Has Record Month In October – the peer to peer finance lender has a record month.

The news was tweeted from the official Landbay Twitter account, an image and a link to which is included below.

We’ve had a treat of an October with a record month at Landbay! A big thank you to our terrific team, incredible intermediaries and perfect packager partners for all your hard work and support. pic.twitter.com/7i2CJed58Z 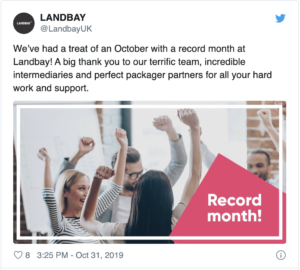 Landbay has also recently reported that it now has an institutional backer which has pledged to fund £1bn in Buy To Let Mortgages via their platform.

Matt Lenzie founder of Commercial Mortgages Broker said: “This is another example of a peer-to-peer platform securing large scale institutional backing and these sources of large scale capital, most of which are chasing yield, due to low interest rates, are beginning to find experienced platforms through which they can deploy their capital. Landbay have a track record, an experienced team and are a perfect alternative to the likes of LendInvest which have secured large sums of financial backing previously.”

Landbay provides retail and institutional investors to back buy to let landlords via their platform and underwriting.

The Landbay platform offer a 3.45% return for investors, compared to low interest rates offered on savings accounts these returns do appear to be attractive.

According to Landbay since their platform launched, the site has originated over £360 million for more than 1500 mortgages. Default rates currently sit at zero.

Castle Trust sees PBSA sector as ‘natural extension’ to its offering in the future
November 8, 2019