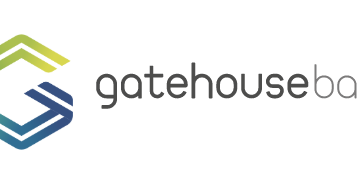 Gatehouse Bank is opening up its buy-to-let range to first-time buyers.

The Bank has also widened its eligibility criteria for both buy-to-let and Home Purchase Plan (HPP) customers. HPPs are Shariah-compliant alternatives to traditional mortgages which carry no early payment charges.

The changes mean UK contractors, in particular, will be more likely to be approved for buy-to-let products, alongside expats and international contractors. The Bank will now consider applications with only six months continuous employment in the UK, down from 12 months.

Additionally, Gatehouse has improved the eligibility criteria for its HPP customers so 100% of workers’ guaranteed bonuses, overtime and housing allowance are now taken into account. The income evidence for people on fixed-term contracts and temporary workers has also been changed, making it easier for them to access HPPs.

The maximum term for buy-to-let products for UK expats and international residents has also been increased from 15 years to 25 years on a rent only basis.

Charles Haresnape, CEO of Gatehouse Bank, said: “We are continually reviewing every aspect of our buy-to-let and Home Purchase Plan ranges, from the rates through to the small print.”

Matt Lenzie from Commercial Mortgages Broker said: “its great to see Gatehouse continuing their growth strategey and there are a number of potential investors that currently struggle to secure competitive rates for buy to let properties, hopefully this is now changing”.

In other news, the increasing competition between lenders has caused mortgage rates to fall in the past year, by around 1/10th.

Experts said mortgage companies were struggling to meet their yearly lending targets because of the property market slowdown and had cut rates in an attempt to drum up new business.

Buyers with small deposits have been one of the primary beneficiaries of the lower rates. Mortgage rates for people with a 5pc deposit are now as low as 2.59pc, a deal which is offered by the Newcastle Building Society, subject to £763 in fees.